On that first day after a relaxing winter vacation, as I strode unsuspectingly to class, I almost ran into it. 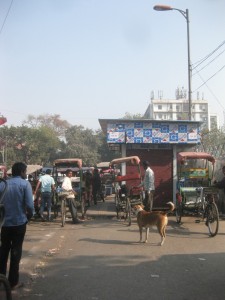 A construction that suddenly loomed on (or is that IN) my way to work.

We used to have (mobile) cars parked in the way. 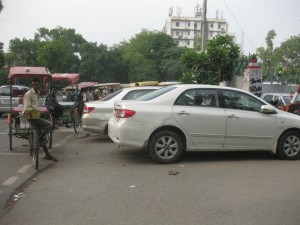 Hooray!!  We now had a permanent structure.

It stayed on, adding extensions on its left …. 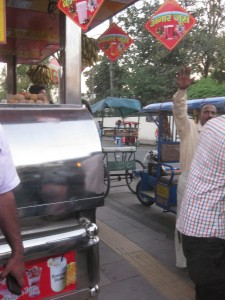 …on its right…not to speak of an annoyingly intrusive and increasingly dirty trash-can.

The traffic problem continued, and continued to increase, now with the invasion of those pesky-not-autos-not-cycle-rickshas-not-motor-vehicles. 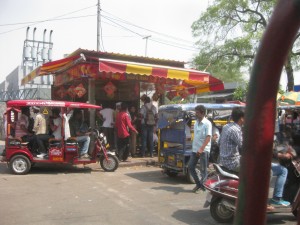 And so till the end of the semester and the beginning of the new one, until, hey presto, one day… 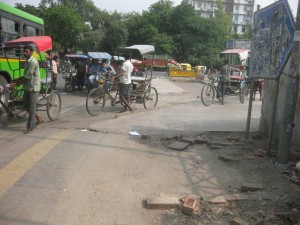 …it was gone. As suddenly as it had appeared.

This entry was posted in Life is like that only, Society. Bookmark the permalink.