When the Hindi press clearly knows that it is बिसाहड़ा गांव (Bisahda Village), why should the English press find it so difficult to get it right? (not one source did, from what I could see ) 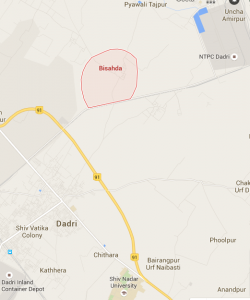 “Bisahda is a large village located in Dadri of Gautam Buddha Nagar district, Uttar Pradesh with total 1167 families residing. The Bisahda village has population of 6669 of which 3617 are males while 3052 are females as per Population Census 2011.

As per constitution of India and Panchyati Raaj Act, Bisahda village is administrated by Sarpanch (Head of Village) who is elected representative of village.”

This entry was posted in Society. Bookmark the permalink.